FROM MANSFIELD WOODHOUSE AND RUABON TO HASBURY

James Wright was born about 1786 in Nottinghamshire.

Mary Wright, nee Lee was born in Nottingham about 1790.

They had three sons:

James and Mary did not marry until July 21st 1830 at Mansfield Woodhouse.

In 1841 James and his two elder sons were employed as quarry labourers.

Nothing else is known of this family until 1851, when James Wright age 31, then  a chimney sweep, was living at Birmingham Street, HalesOwen. The 1851 census states that James was born in Mansfield

Living with him at the time were:

Mary, his wife, age 41, a Milliner from Leicestershire:

Emma, given as his daughter, age 16, a Nail forger from Leicestershire:

William Jackson, ages 11, a Servant and Sweep from Bristol:

Joseph Smith, age 30, a visitor and a Sweep from Bethnal Green:

William Juffs, age 16, a visitor and a Sweep from Gisalgorn? Suffolk:

George Walgrove, age 20, a lodger and a Sweep from Warwick.

The 1861 Census for Hales Owen has the following entry for 126 Birmingham Street:

The IGI index has a record that shows that James Wright married Isabella Whitmore at HalesOwen Church on 17th March 1852.

From Holloway/Wright/Roberts family lore, the two boys are James Robert and Henry Bland Wright, but up to now Matilda Wright has been unknown.

By 1871 James and Isabella had moved to the Bull Ring Halesowen :

Assumedly , James R and Henry B were chimney sweeps

The 1881 census shows an Isabella Wright, age 66, a widow, born in Bristol, living at Tanhouse Lane with a family called Lashford.

A search of the 1881 census for a Matilda born about 1844, possibly in Bristol, was carried out and only one match was found.

Matilda Westwood, age 37, a Nail forger, born in Bristol, who was living at Whitehall, Hales Owen, with her husband, George and their ten children.

She was the daughter of Henry Sherrett/Sharret and Mary nee Reid .

Henry Sherrett was born about 1807 at Hawne, the son of John and Mary.

On 21st October 1827, he married Ann, the daughter of Richard White and Martha Cole at Halesowen. Their children were:

In 1851  Henry, Mary and their children were living at the Crescent, Hasbury:

In 1861 they could  still be found at the Crescent, Hasbury:

In 1871 their address was given as Spring Hill Hasbury.

James and Lucy had three children:

The 1881 census shows the family living at Hasbury:

On 18th April 1875, Henry Bland Wright married, according to the IGI record, Jane Brown. However, this is a spelling mistake as her name at the time of the ceremony was Jane Broom. Unfortunately, it gets even more confused, because for most of her life, Jane Broom was known as Jane Cotterill.

It was only when it was discovered that her parents were not married that she changed her name to her mothers maiden name , Broom.

Jane was the daughter of John Cotterill and his ‘wife’ Ann nee Broom.

on 12th October 1829 in Birmingham and was baptized at St Phillips Cathedral Birmingham on 2nd November of that year.

The 1851 census gives the following information:-

James Broom had married Ann Newton on 6th April 1818 at St Martins Church Birmingham. Family lore states that Ann Newton was from a well off family and she had ‘run off’ with the groom.

They appear to have had four children:

There is no evidence of any child other than Ann surviving to adulthood.

In 1881, Ann Cotterill (Broom) was living in Brook Road, Birmingham Street with her children and granddaughter. She was still classified as married but John Cotterill was not at home. (or was he?)

A further search of the 1871 Census revealed

It appears that John Cotterill had two families. It is therefore no great surprise that Jane and the rest of Ann’s children changed their name to Broom.

Sarah Cotterill was christened at St Martins Church in Birmingham on 9th July 1861.

Jonathan Cotterill was christened at the same church on 14th October 1862?.

Sarah Cotterill , like her sister Jane, reverted to the name Broome and married Thomas Holloway at HalesOwen in 1882. They had a daughter Mary. In 1899 they emigrated to Cook County Chicago. There Mary met and married William Sawyer whose family had also moved from Halesowen. 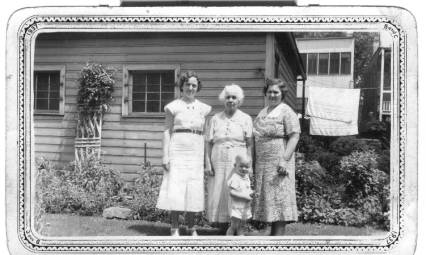 The 1881 Census gives the following information about Henry Bland Wright and his family:

Henrys occupation is given as a Chimney Sweep

By the 1891 Census  Henry’s family  had increased:

The family lived at 36 Birmingham Street and Henry's job was given as a Coal Miner.

It appears that Emma failed to survive the 1880’s and no mention is made in either census of children James or Elsie but she is known to have died on November 19th 1918 aged 25 and is buried in HalesOwen Church Yard. It is believed Henry,s son James died at an early age between the censuses.

Sometime between 1896 and 1901 Henry Bland Wright disappeared and nothing was heard of him again. It is rumoured that after the death of his son James he was overcome with grief and life got just too much for him. 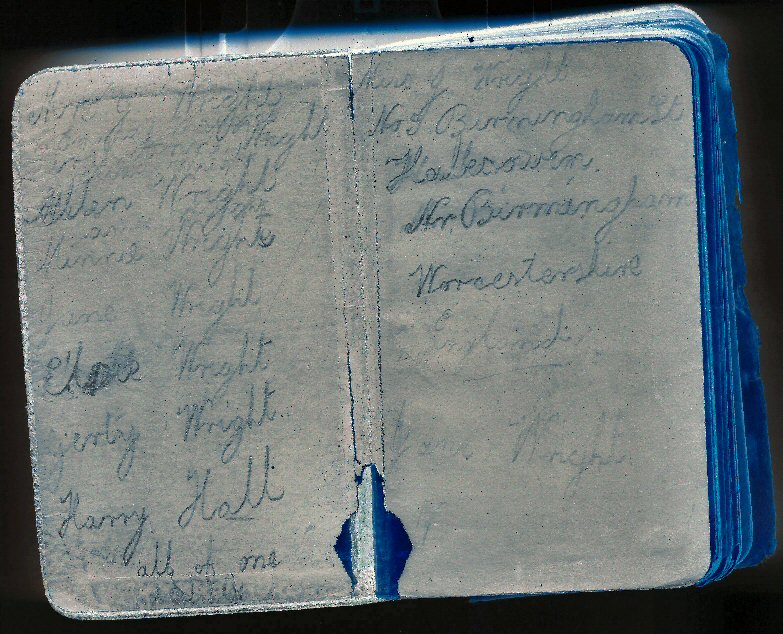 Ellen Wright married William Roberts, the son of Charles Roberts and Sarah nee Rudge of 48 Hill Street. Prior to marrying Charles, Sarah was married to Benjamin Holloway. They married on Christmas Day 1863 according to the Latter Day Saints records. Sarah was 18 and Benjamin 20 years old.

Sarah Holloway, in the 1881 Census, was the head of the household in Hill Street, living there with her children from her marriage to Benjamin Holloway, her father Charles Rudge and her boarder Charles Roberts, whose birthplace is given as Stourbridge.

In 1861, Charles Rudge was living at 54 Islington Street with his wife Sarah and their six children.

Also living at that address was Edward Shilvock aged 5

Sarah and the children were born in Hales Owen, while Charles senior’s birthplace is given again as Stourbridge. Charles Roberts’ birthplace will need more investigation as Roberts/Wright family lore gives Ruabon as his birthplace

Charles Roberts and Sarah Holloway were married at the Parish Church, Blackheath on June 13th 1882.  Charles was 27 years old and Sarah was 34. Charles’s father is recorded as Thomas Roberts, a shoemaker. Charles Rudge , a nailer was, Sarah’s father . The witnesses were William and Sarah Hall and Walter Insull carried out the service.

Jane Wright’s daughter Jane born 1891, had an accident as a child and had one leg amputated.

She married Herbert Cooper on July 18th 1915 at Halesowen. They had eight children:

Ellen and William had the following children:

They adopted Dorrie Cross after her mother died.

Joseph Roberts, the husband of Gladys May, died on active service, in Italy, on Monday 20th September 1943. His age is given on the Memorial at Catonia War Cemetery, Sicily as 37. This appears to be a mistake.

At the age of 22 years, on the 18th July 1934 she married Charles Clifford Holloway, aged 23 years, and a general labourer of 35, Uffmoor Estate, Hales Owen. The Witnesses were her sister, Minnie and her husband, William Williams.

William Roberts died on August 26th 1955, aged 72, and is buried in  Hales Owen Church Yard. Ellen Wright died on 18th October 1965 and shares the same grave as her husband . Their son Josephs name appears on their grave but he is buried in Sicily.