'Queen Victoria's Diamond Jubilee 1897. Mr Baron Rose entertained Old residents of the District over 70 to a meal. This is a Photo of the Group taken in what was then the Technical School adjoining what was then the Drill Hall but what is now the Borough Hall. 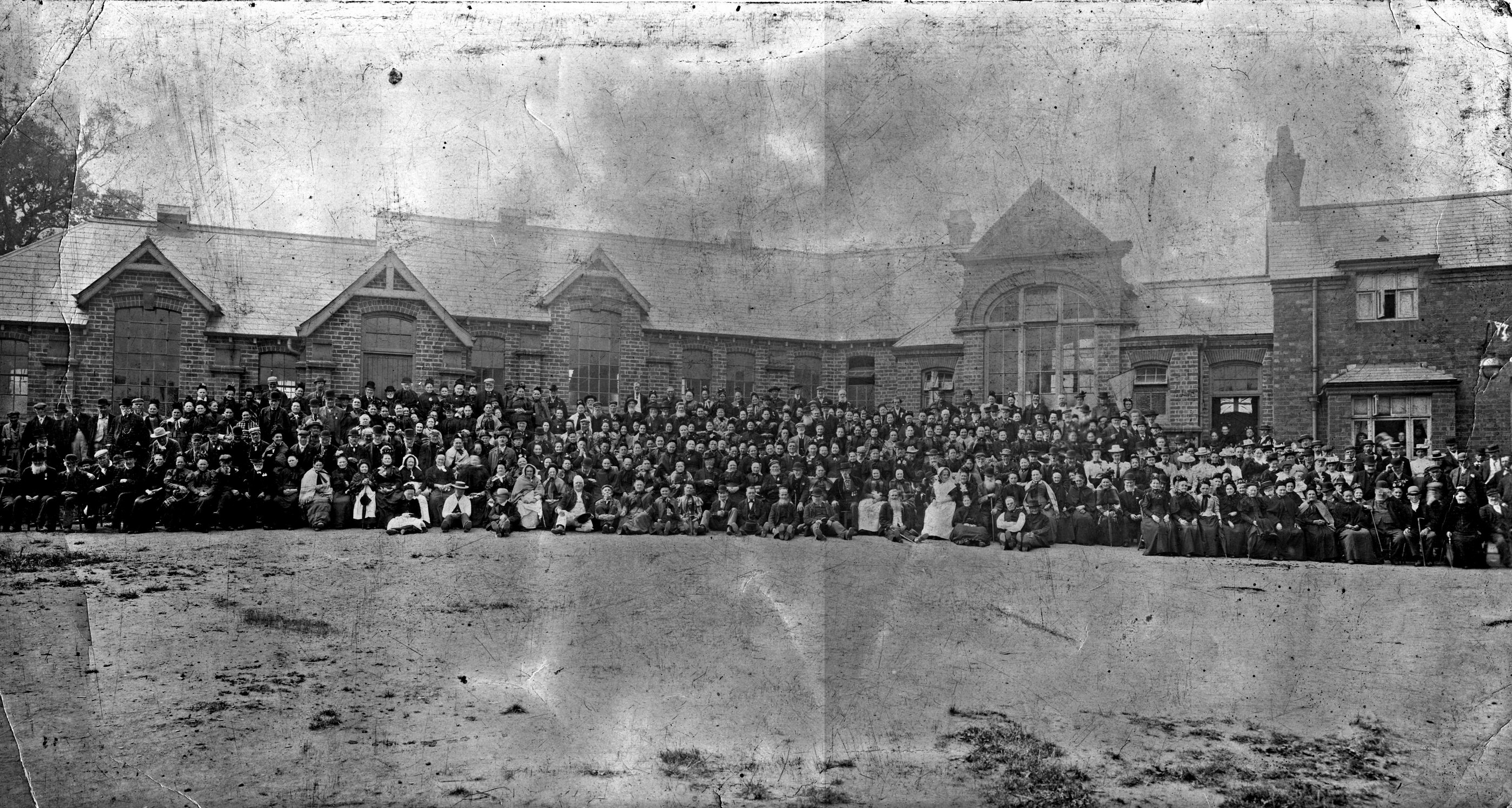 Steve Basterfield  comments that Baron ROSE born 1864 was the son of Major and Sarah ROSE. He lived with his parents at Townsend House, Church St and Birch Hill House, Birch Hill, Hill. His brothers were named Benjamin, Major General, Sidney Herbert, Captain and his sister Sarah J. Baron. His father Major and his grandfather Aaron were all Iron Masters and Gun barrel manufacturers. Sidney went on to become a Grocers Assistant and Captain a Brewer. By 1901 Baron had married Lucy and they were living at The Mount, Bromsgrove St. They went on to have at least 3 children, one named after his father - Baron Theodore ROSE

On pages 67 and 68 of The Halesowen Story by Hans and Lena Schwarz - It makes reference to Ellie Munchie and Little Myra. They are described as a "grotesque couple drawn together in friendship by the abnormalities. Ellie, very tall and oddly proportioned, had a bad speech impediment" It goes on to describe how she delivered water from a well in near to the gas works (I wonder if they ever tested the purity of that water!). It goes on "her friend little Myra was only about four feet high, living in a one roomed, half-timbered cottage in the yard leading into the church school, the most unfortunate position possible, for the children never stopped taunting her. They enraged her beyond endurance......."  It then goes on to say that Baron Rose gave the tea party and describes the dress and demeanour of those present, "everybody toothless". "And there at the front is little Myra, still sensitive in old age - a closer look at the way she is gripping her enormous umbrella shows she is standing up in front of her chair to make herself as tall as the seated figures". Little Myra can be seen in the white dress standing just to the left of the lady on the front row who is sitting on the ground

Back To Photo Index