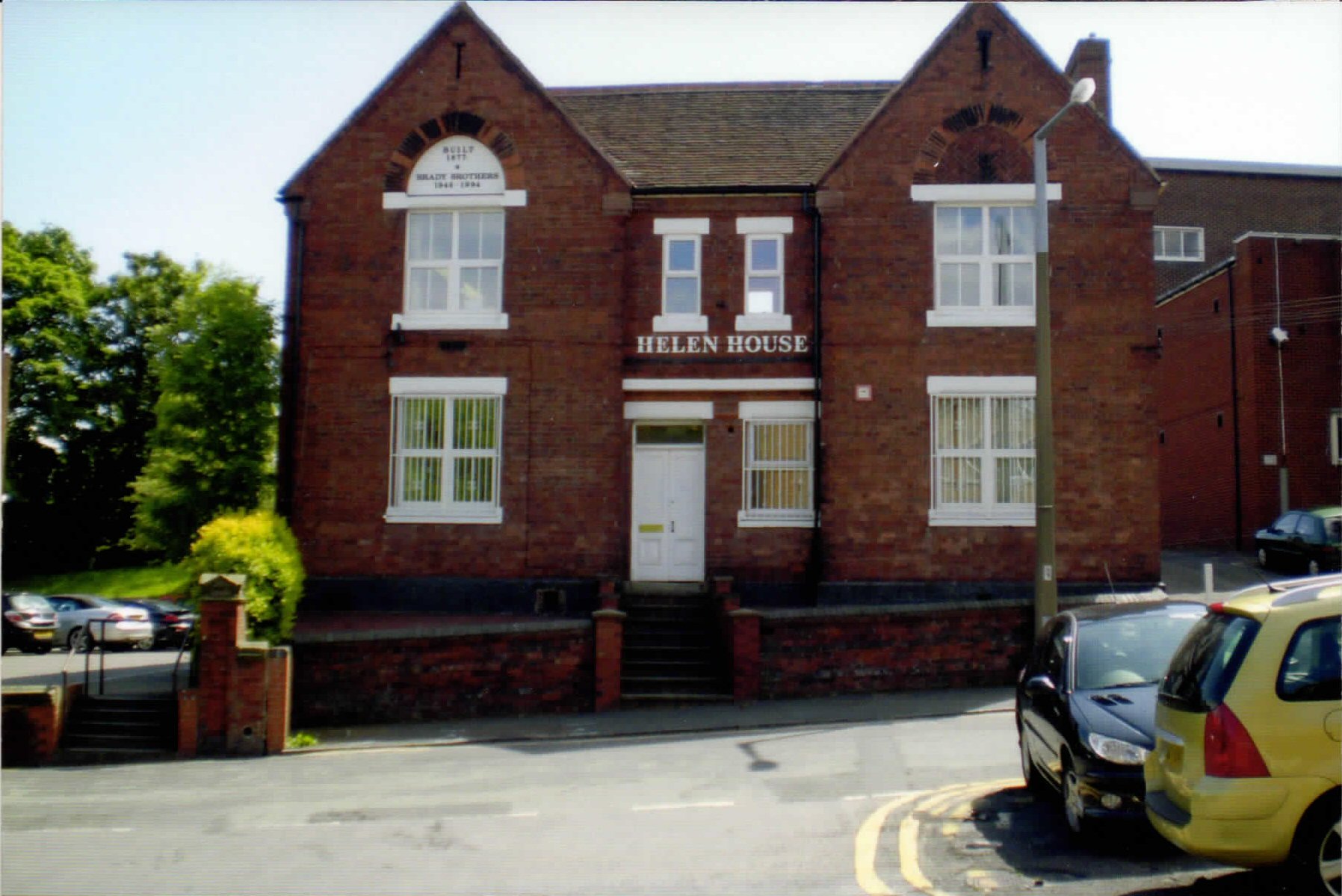 The Institute was built in 1877 by John Skipworth Gibbons and was designed as a Mens' club with a Library/Reading room   and a three table Billiard room. In 1925 to celebrate his 50th wedding anniversary he and his wife gave the Institute to the people of Halesowen and from then it was managed by trustees.  In 1938 the trustees applied to the Charity Commissioners for power to sell the building and this was granted provided a price of £550 was realized.  A local electrical contractor, Wilfred Harrison, bought it and its use as a mens' club continued until he sold it to Ernest Brady in 1946, founder in 1928 of Brady Brothers.  The Bradys' made gun cases of the highest quality for Purdey guns.  In the 30s' Ernest had designed a range of fishing bags named after English rivers and these became known and valued the world over by celebrities and crowned heads.  Items made in the 40s' 50s' and 60s' etc. are still exchanged at high prices on Ebay.  Following a family catastrophe the company went into decline and in 1993 the Brady name and patterns were purchased by Goold Holdings of Walsall.  Many of the fishing bags are still made and exported. The latest collaboration is with Ted Baker of London who is marketing Brady bags with his own particular detail incorporated.

The Institute is now known as Helen House and was converted into two office suites by Ernest's daughter Helen and is still in use.