These photographs depict a very small selection of the many thousands of prehistoric artefacts recovered from fields in and around Halesowen over many years by the Wychbury Field-walking Group amongst others. Because of the vast period of time these artefacts cover it is usually only stone that survives in the ground, all organic remains having long since perished. Flint, of which all the following items are made from, is not normally found in our region therefore if, found locally it can be assumed it is the result of human activity in the distant past.

Photograph A shows one of the oldest finds from the area. It is a flint end scraper and is believed to date from the Upper Palaeolithic period around 10,000 to 30,000 years ago and was probably used to scrape animal hides clean to prepare them to make clothing. Around 18,000 years ago much of Britain was covered by glacial ice preventing human occupation but as the climate began to warm up the ice sheet retreated north and by approximately 11,000BC humans began to re-colonise Britain. It is possible that it is this period that this particular tool belongs to. 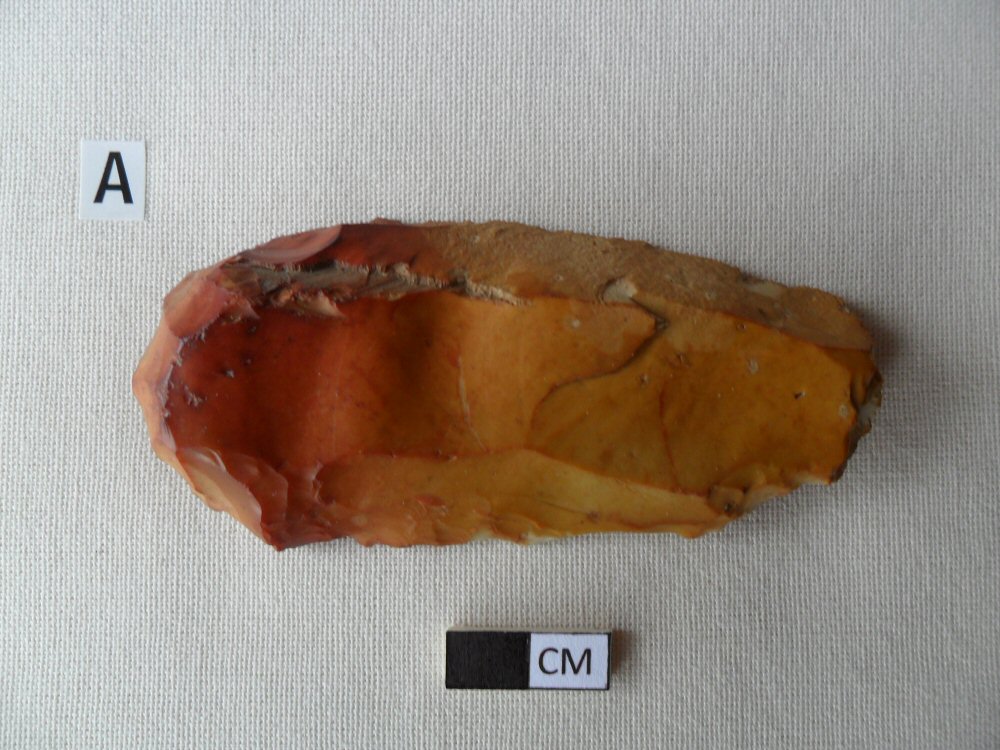 The period between about 8,000 BC and 5,000BC is known as the Mesolithic or Middle Stone Age, a time when most of Britain was covered by dense forest and populated by groups of nomadic hunter-gathers. Around Halesowen we have strong evidence of their seasonal camps with many thousands of their characteristic flint tools and waste material from tool manufacture discovered on ploughed fields. Photographs B to G shows a tiny representative group of this material.

In Photograph B are a group of tools known as microliths. These are small blades struck from a flint nodule and worked to produce a variety of tools. Some of these tiny blades were used to construct composite tools such as arrows and harpoons by hafting several individual blades along a wooden shaft. 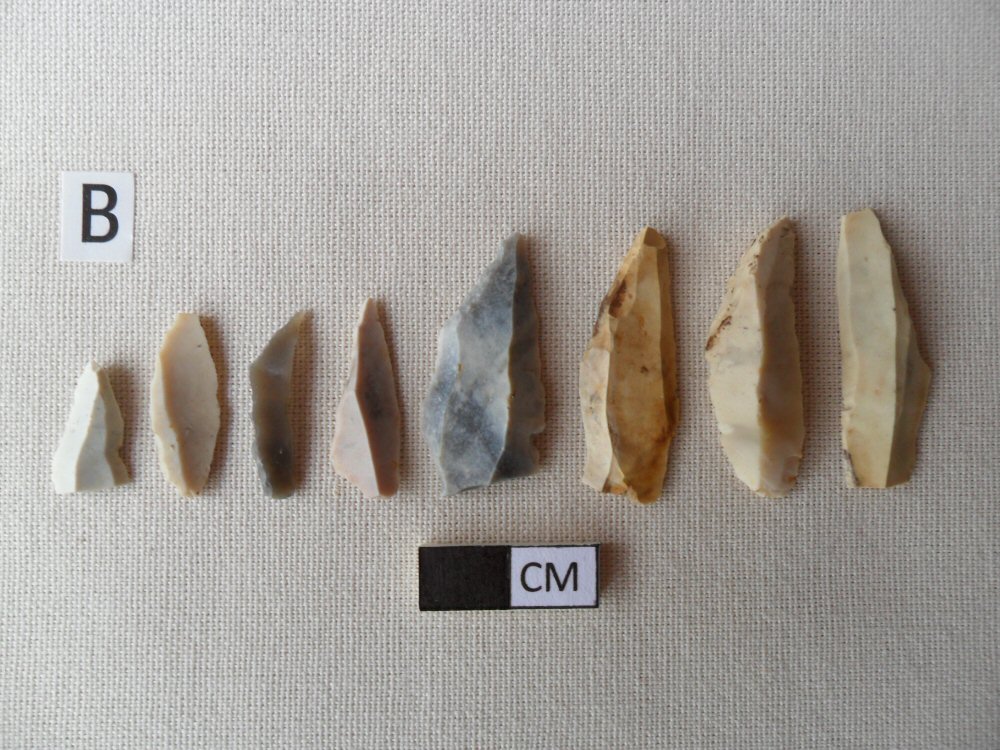 Larger blades (Photograph C) were also used as a basic form onto which various tools such as knives, saws and scrapers could be produced. 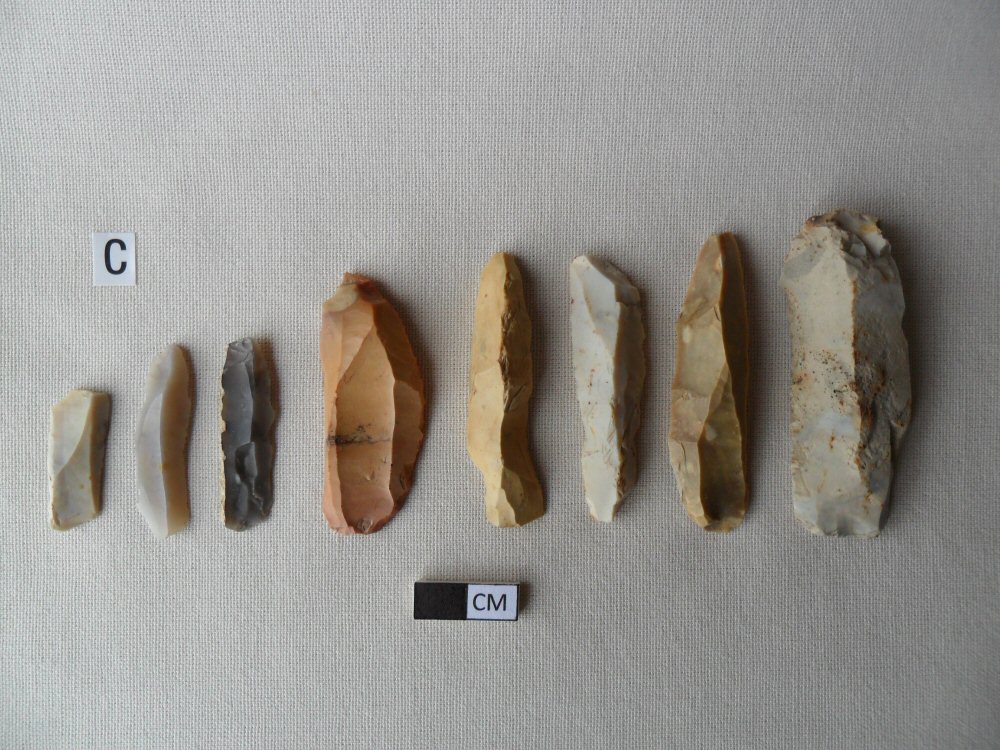