The Roman period in Britain lasted from 43AD until 410AD when the legions were recalled by the Emperor Honorius to defend Roman interests on the continent. Photographs L to P show artefacts found on some of the Roman-British farmstead sites around Halesowen. 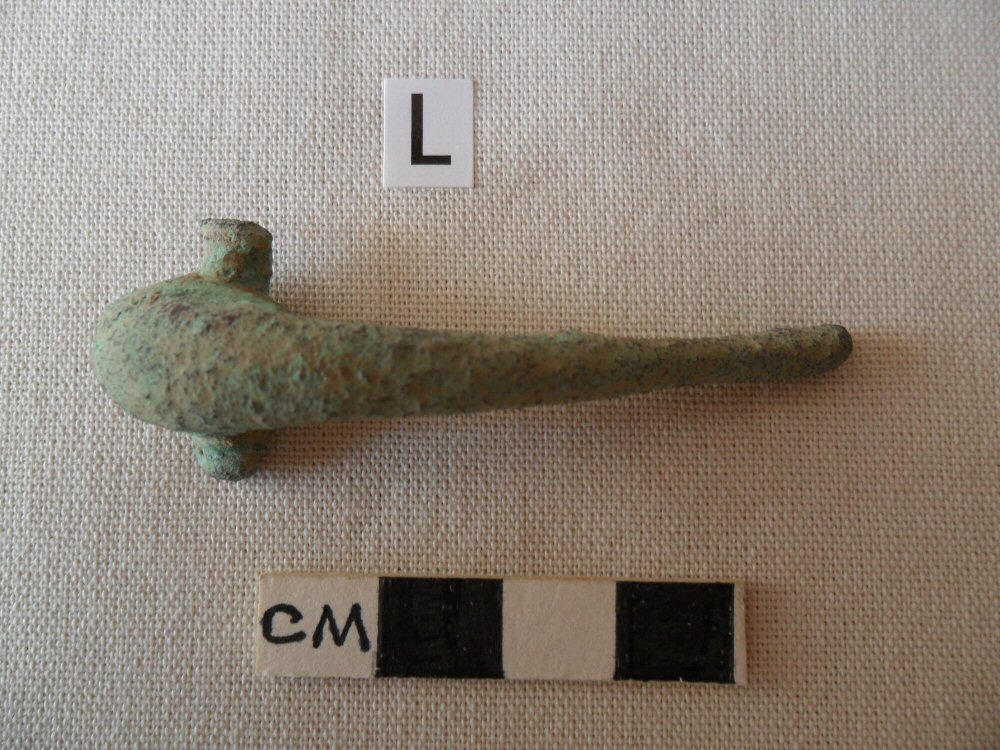 Photograph L shows a dolphin brooch made from copper alloy and dating to the 1st century. These types of brooches were a form of highly decorated safety pin used to fasten clothing before the introduction of buttons. This particular example is in a fair condition although incomplete with the pin, spring, foot and catch plate missing.

The rim of a Roman glass phial is shown in Photograph M. The fragment of glass is a complete rim of a narrow necked vessel although the neck has been recently broken by the plough. It is a blue/green opaque colour and has been identified as Roman in date by the elongated air bubbles visible within the glass. 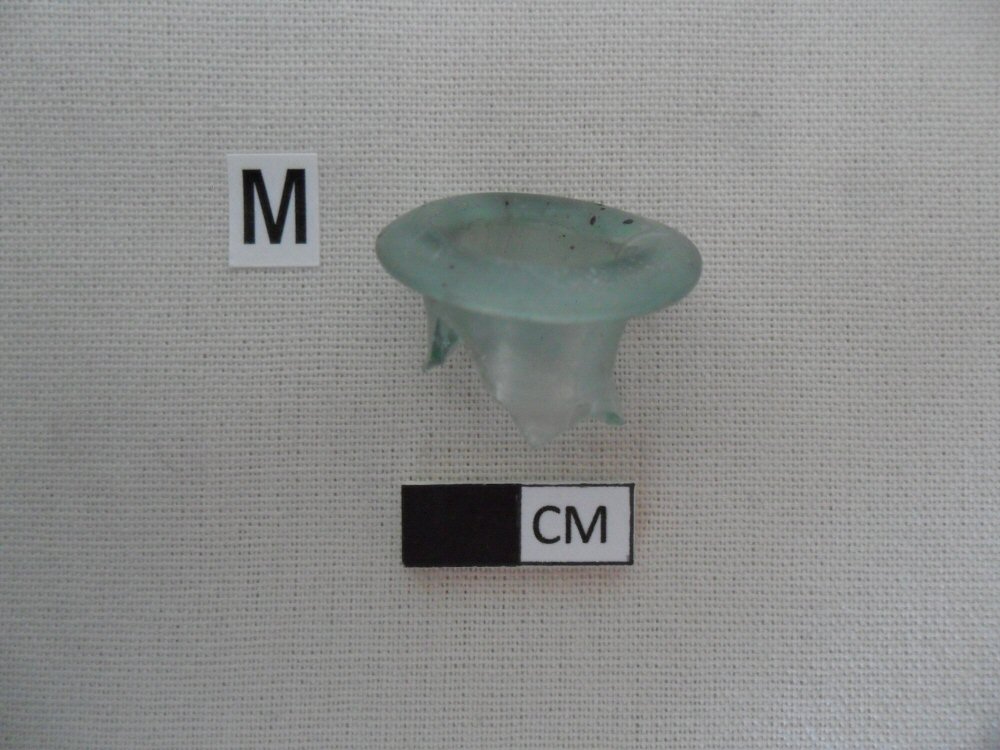