Shirley in New Zealand needed help with this photograph. 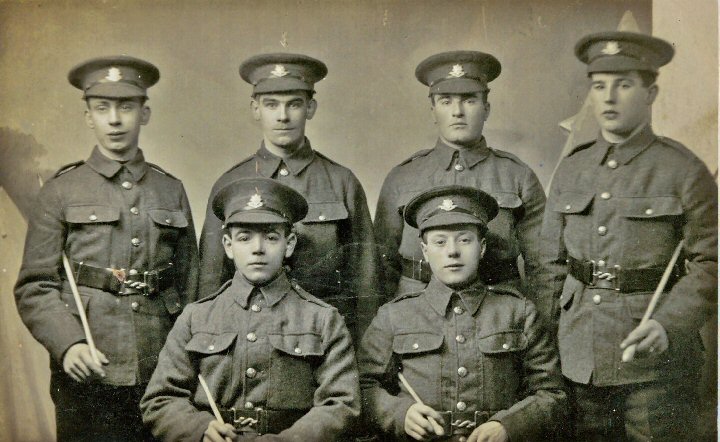 It depicts soldiers of the Worcestershire Regiment during the First World War. One of the soldiers is Shirley's Great Uncle, Sydney Brittain, whose family lived in Halesowen. Shirley wanted to know which soldier was Sydney Britain and who the other soldiers were. After featuring on these pages and in the Black Country Bugle, Sydney has been identified.  A Bugle reader Ken Gregory of Halesowen  was able to identify Sydney as the soldier seated on the left .

It appears that Kens  great grandmother and Sydney's father were siblings.

David Brown of Halesowen is also related to Sydney Brittain.

His mother being Beatrice Alice Brittain, and he informs me that Lance Sergeant Sydney Brittain was bayoneted to death on 7th May 1918.

Now can anyone identify the remaining soldiers

Back to Photo index