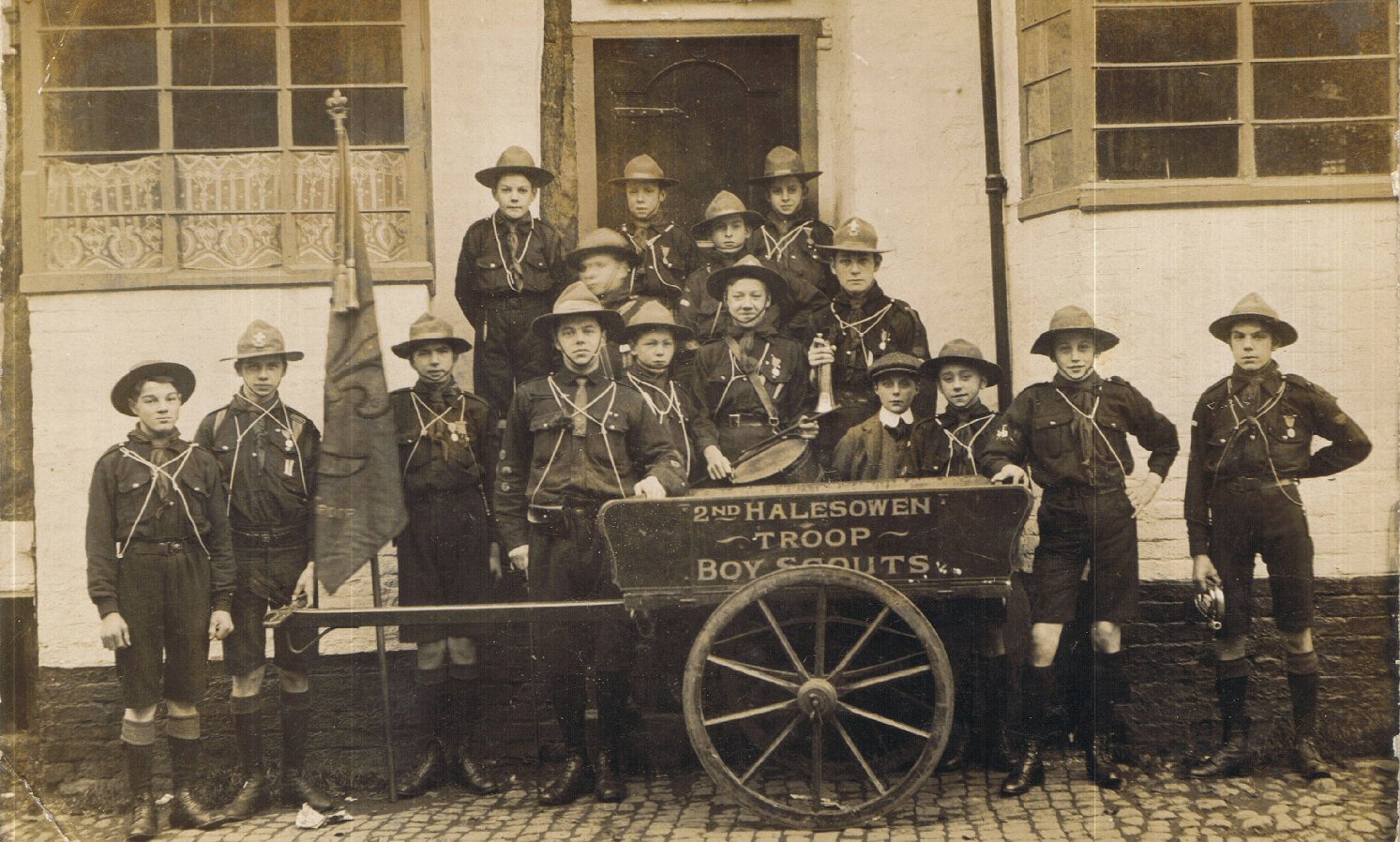 This photograph was submitted by Anthony Farrar and shows the scout troop from  about the 1910-1914 era.

Anthony writes 'Quite a poignant picture really, when you consider, that most, if not all the boys in this photograph probably served on the Western Front during the War. How many returned – we will never know.'

Richard Baker of Halesowen and District Scouts writes '  2nd Halesowen Scout Troop were active around the time suggested by Mr Farrar.  In June 1912 they were the holders of the “ Trophy" and their Troop Leader was Alec Boucher, who was also a teacher at Halesowen Church Schools.  Could it be Mr Boucher in the photograph, 4th from the left on the front row with his left hand resting on the trek cart?

Second Lieutenant Alec Edward Boucher was awarded the Military Cross for gallant conduct on the battlefield during the offensive and was killed in action whilst serving with the 11th Battalion Royal Warwickshire Regiment on , aged 27.'

The soldier above is Second Lieutenant Alec Edward Boucher while the picture of the scout leader is taken from the Scout Photo above.

There appears to be a definite likeness .Can anyone confirm they are the same person?

D Wakeham writes '  I can confirm that the Scout Leader of the Halesowen Scout troop shown in the photograph of 1910-14 is indeed Alec Edward Boucher of Rudge Heath Claverley. Alec Boucher was my great uncle and family photographs I have can confirm him as the scout Leader shown in your photograph.' 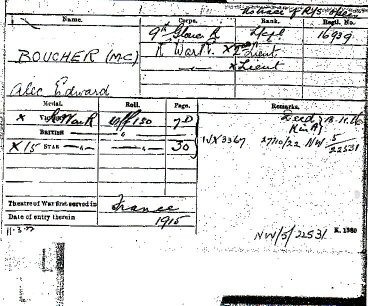 Have just come across the picture of the Halesowen Scout troop circa 1910/14 on the Halesowen Roots website. I can support Dennis Wakelam in identifying Alec Edward Boucher as the scout with his hand on the cart. I believe that he received the Military Cross for bringing back a wounded comrade from no-mans land between the front lines under fire. You may be interested to know he had three brothers Ernest, Cyril and Denis who also enlisted and both Cyril and Denis were wounded in action but survived. Cyril and Denis were both bell ringers at Claverley and the whole team enlisted with the KSLI on the same day in 1914. Cyril was my grandfather and named his eldest son, my father, Alec. Cyril's youngest son Ernest George flew Hurricanes and Typhoons in the Second World War was shot down in October 1943, evaded capture and got back in January 1944 only to be KIA in August 1944. His story is told in The Faithful Few by Andrew Long.

Back to Photo Index